Music Academy of the West produced a series of masterclass videos from the 2016 summer institute. Here Dennis Michel of the Chicago Symphony, is leading an open session on Shostakovich excerpts with students.

St. Louis Symphony is auditioning Contrabassoonists. The audition is on May 1 and the position starts August 2016. The symphony recently posted the repertoire list, but not yet the sheet music. I’m posting it here because I think it’s useful for people who aren’t taking the audition to see what is on the list. As a student I used to prepare audition lists as if I was going to attend.

The exposition of the second movement of the Mozart Concerto is asked which isn’t typical. Also multiple Shostakovich excerpts are on the list which can be hard to get a hold of. 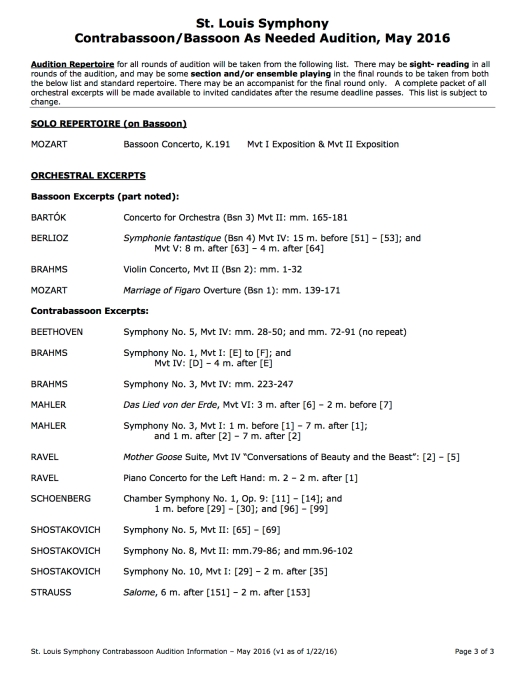 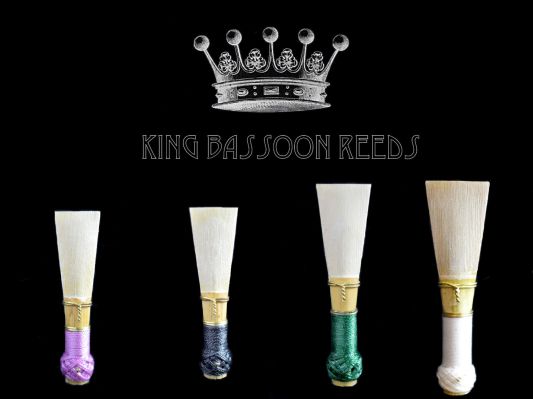